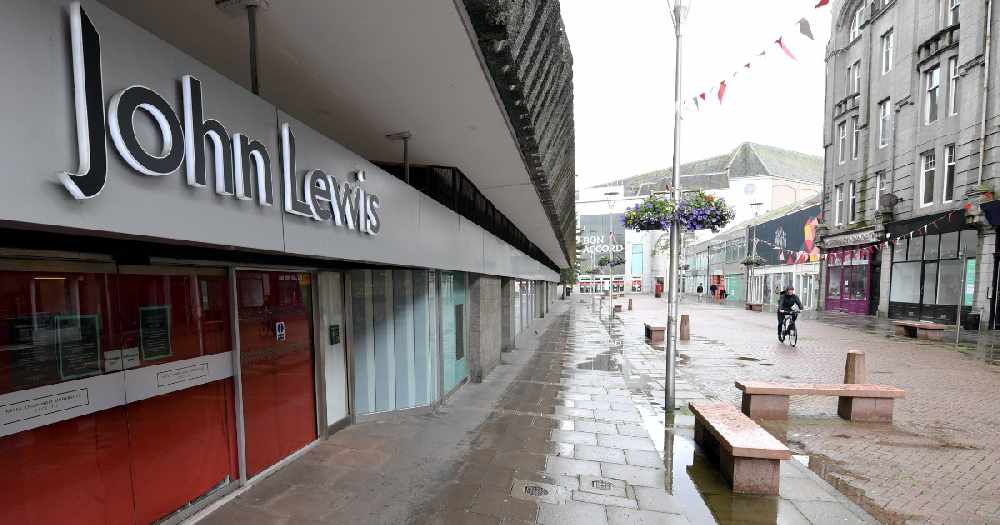 A taskforce has met bosses from John Lewis to discuss plans for the retailer to shut its store in Aberdeen.

The retailer announced its intentions to close the outlet at the Bon Accord Centre last week, after more than three decades in the city.

Members of Aberdeen City Council, along with business groups Aberdeen and Grampian Chamber of Commerce and Aberdeen Inspired, held talks with the retailer and representatives from the Scottish Government earlier - in a bid to keep the store open.

In a statement released afterwards the taskforce said: "We welcomed the opportunity to meet and build on the dialogue with the John Lewis Partnership in the days following the announcement - to share the strong feelings members of our communities have regarding the proposed plans for closure, and to confirm the support of the wider business community in the city and region.

"The immediate priority for the John Lewis Partnership is its engagement and consultation with its staff. Once that process is complete, we agreed to continue to work with John Lewis on its next steps.

"We took the opportunity of today’s meeting to provide an update on the significant investments being made in the city region including the city region deal, the Aberdeen Harbour south expansion, the city centre masterplan investments and, more recently, the support from the UK Government and Scottish Government around energy transition. We also provided an update on the council’s own £150 million budget commitment this month to city centre regeneration.

"We discussed the challenging trading environment and shift to online channels that the retail sector now operates within. While that may mean that the proposal to close the Aberdeen store is implemented, we confirmed our support to the John Lewis Partnership as it assesses any potential new business models in the Aberdeen catchment."

The taskforce has agreed to seek assurances from the Scottish Government about any financial aid it can offer to help retain the store.

It also plans to write to the political leaders of the major parties seeking election to the Scottish Parliament in May, to ask how they intend on supporting the city.

The statement added: "The 23,000-signature petition highlights the strength of feeling from citizens to John Lewis to maintain links with the city and its north of Scotland presence.

"After today’s meeting with John Lewis, we will continue to work with the Scottish Government and the Scottish Cities Alliance as they develop Covid-19 cities’ recovery plans in the longer term."