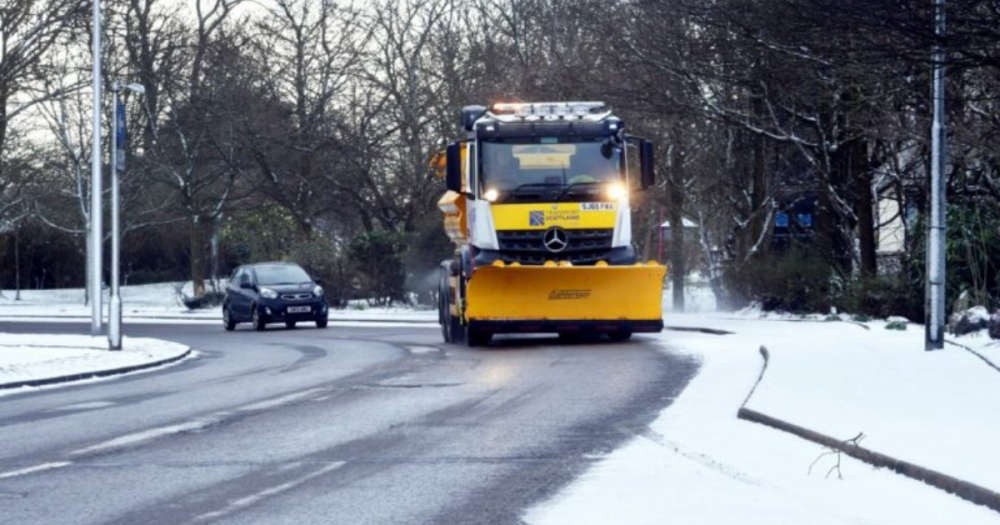 The north-east is facing another cold snap as an amber weather warning for snow and ice is now in place.

The Met Office issued the alert this morning and will begin at 3pm until tomorrow at noon with 4-6 inches of snow expected to fall.

It follows a yellow warning already in place for the region which is expected to stay in place until 9am tomorrow morning.

Wintry showers have hit parts of the north-east as the initial alert began on Sunday at 2pm.

Travel disruption on the roads, air and railways is expected with the potential for rural communities to be cut off, the forecasters are warning.

They added: "power cuts are likely and other services, such as mobile phone coverage, may be affected."

The snow gates between Cockbridge and Tomintoul remain closed but snow gates at Braemar, Glenshee and Glen Dye currently are open.

It's predicted Aberdeen could hit lows of -6, Braemar at -8 and Tomintoul hitting as low as -9.

The Aberdeen to Inverness A96 road is clear for traffic with gritters out this morning to keep the carriageways clear and traffic moving.

Several schools in Aberdeenshire have closed with some delaying their opening times.

It's the second cold snap the region's faced in a matter of weeks after last month's snow showers saw Braemar hit -17.3 overnight on December 13.