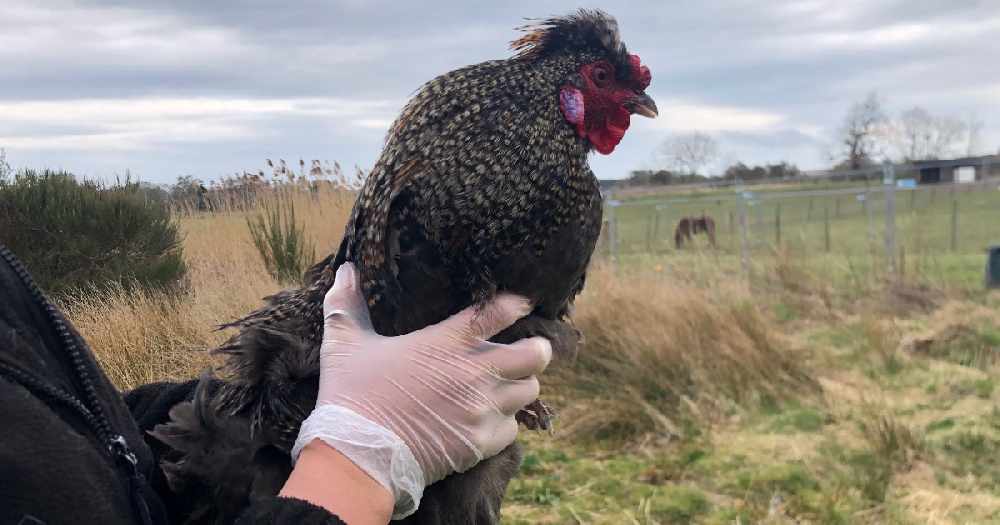 The Scottish SPCA is appealing for information after cockerels were abandoned in Aberdeen on two separate occasions.

The animal welfare charity attended the woodland beside Cedar Avenue in Stoneywood on March 25 to rescue three cockerels.

A further four cockerels were then left in the same woods on Sunday.

Inspector Fiona McKenzie said: "We do believe that the same person could be responsible for dumping the cockerels.

"The caller in March saw a man leaving the roosters in the woods. He was middle-aged and driving a silver estate car.

"We were very kindly assisted by members of the public during both of these rescues and we are very thankful to them for their help.

"Unfortunately cockerels are not an in-demand pet and can be hard to rehome. They can find being in a rehoming centre stressful. They have specialist needs and cannot be rehomed with other cockerels due to aggressive tendencies. You can only rehome one rooster with a group of females.

"If anyone has any information on either of these incidents or finds an abandoned animal then they should contact our animal helpline 03000 999 999."

The charity has warned that abandoning an animal is an offence.