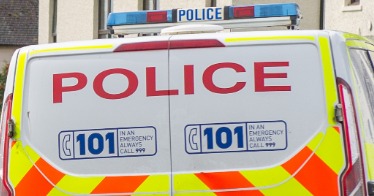 Police are searching for a man after a woman was indecently assaulted in Aberdeen city centre last night.

It happened at around 6pm on Thursday, 25 June, when the woman was stood on Union Street, opposite the junction to Huntly Street, waiting for a bus.

She was approached by a man who touched her inappropriately over her clothes and then stayed at the stop while she boarded a bus in the direction of Holburn Junction.

The suspect is described as white with tanned skin, in his late 50s, around 5'5" tall, of a stocky build with broad shoulders. He is clean shaven with short black, greying hair and has distinctive bushy eyebrows.

He is believed to have been wearing a polo shirt and trousers on the night of the attack and carrying a dark brown briefcase. He spoke with a soft foreign accent, possibly Eastern European, and had broken English.

Sergeant Nick Searle, of Aberdeen Queen Street Police Office, said: “Officers have been carrying out enquiries into this incident and studying a wide range of CCTV footage to gather more information on the man responsible.

"I am appealing to anyone who was in this part of Union Street and saw a man matching this description acting suspiciously, or who can assist our investigation, to contact police on 101, quoting reference number 4030 of 25 June. Alternatively Crimestoppers can be contacted on 0800 555 111, where anonymity can be maintained.”