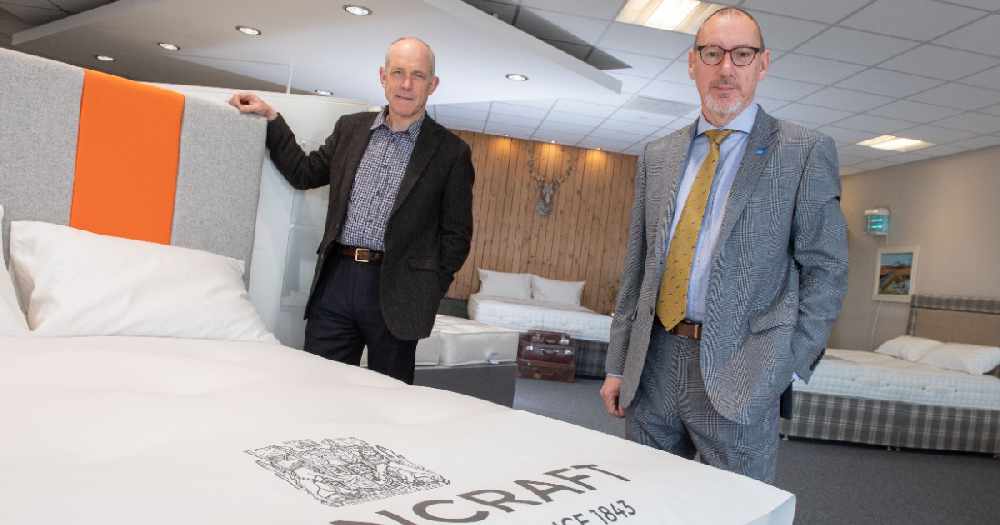 An Aberdeen charity that has supported disadvantaged people for 178 years has won a prestigious Queen's Award for Enterprise.

Glencraft, which makes luxury mattresses, has received the award for promoting opportunity through social mobility.

Bosses have dedicated it to the memory of late chairman Duncan Skinner, who passed away earlier this month.

Mr Skinner, along with businessesman Bob Keiller, led the fight to save Glencraft in 2010 - and it was his idea to enter the award.

The charity has gone from strength to strength since, supporting 38 jobs for people from disadvantaged backgrounds.

Graham McWilliam, managing director at Glencraft, said: "Duncan will always hold a special place in everyone’s hearts at Glencraft. He helped to save a social enterprise by ensuring it travelled down a more professional and sustainable path – a strategy for long-term success.

"Only one member of staff found work when the site was closed for a short time in 2009. Duncan recognised the importance of giving people the opportunity to work, regardless of their background.

"It was Duncan’s idea to enter the awards and typical of him to be thinking of others, even at a time of immense personal challenge. His response, when informed of the award win, was to say simply ‘that’s awesome’. He was a special person, defined by integrity.

"We’re thrilled to win this prestigious award – it’s a lasting tribute, not only to Duncan and all that he did for Glencraft but also to everyone at the charity.

"One member of staff has been with Glencraft for nearly 50 years, while another provides key manufacturing skills despite being blind. He has been with us for 35 years. This honour recognises the role everyone here has played in our success story and our commitment to making a quality product."