Woman, 64, charged in connection with romance fraud in Aberdeenshire 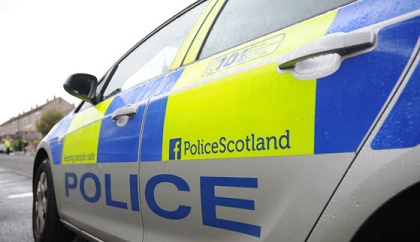 A 64-year-old woman's been arrested in connection with romance fraud in Aberdeenshire.

A 51-year-old woman was duped out of a six figure sum of money in Banchory.

The accused is expected at court at a later date with a report being submitted to the Procurator Fiscal.

“Organised Crime Groups go to great lengths to manipulate and exploit the most vulnerable within our communities by means of gaining a person’s affection, and thereafter use that goodwill to encourage the victim to send money to the scammer under false pretences, with a view to them benefiting financially.

“It's very easy to fall victim to romance fraud, with people understandably reluctant to come forward and report it.  However, I would strongly urge that if you are a victim that you report the matter to police.

“My message to the scammers is clear, if you engage in this type of crime we will identify, trace and arrest you.

“North East Division recently implemented the specialist Divisional Cyber Enabled Crime Team in response to tackling such criminality and as today’s arrest demonstrates, we are fully committed to bringing offenders to justice to further safeguard our communities."

If you suspect you have been a victim of fraud contact Police Scotland on 101.