Track repairs under way at site of Stonehaven train crash 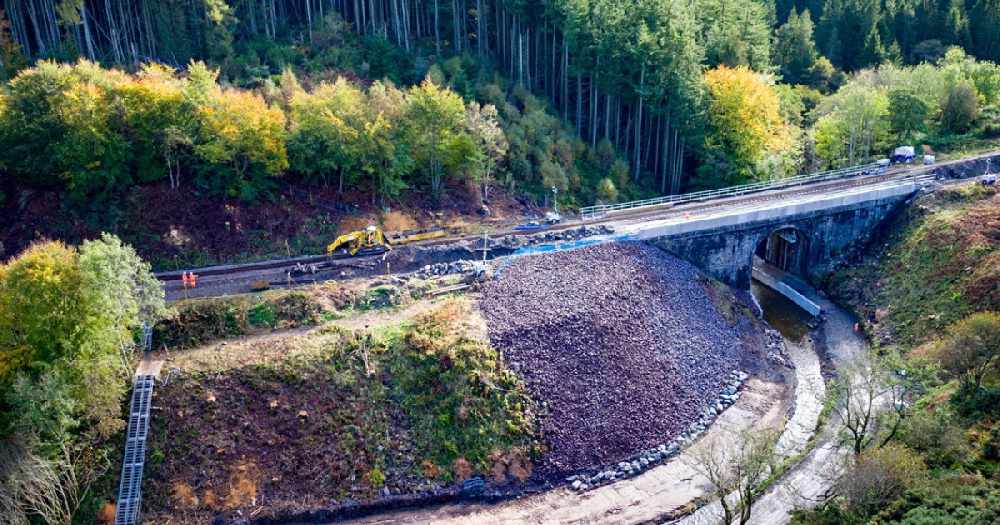 Track repairs are taking place on the railway line south of Stonehaven - following the train crash in August.

Engineers from Network Rail are relaying over 500 metres of track following the recent completion of work to repair the bridge and embankment damaged in the accident.

Work will continue into November as teams remove and replace the damaged track and relay 400 metres of telecoms cables.

Workers have been on-site 24 hours a day in recent weeks to complete repairs to 70 metres of bridge parapets and remove the crane pad built over the Carron Water for the recovery of the carriages in September.

A considerable amount of engineering work is also being carried out to repair and extend drainage systems on the railway track and lineside embankments at the site.

Alex Hynes, managing director of Scotland’s Railway, said: "This is a very complex and challenging recovery and repair operation and it will take time for our engineers to fully restore the track and other infrastructure.

"While we will reopen the line for customers as soon as possible, our focus throughout the recovery process has been on making sure we do all we can to learn from this terrible accident and try to prevent similar incidents happening in the future."

Following the crash, Network Rail announced a series of measures were being put in place.

As an immediate precaution, hundreds of sites nationwide with higher-risk trackside slopes, similar to Stonehaven, were inspected.

Network Rail has also launched two taskforces, led by independent experts, as part of its long-term response to climate change and the challenge of maintaining its massive portfolio of earthworks (embankments and cuttings), many of which date from the Victorian era.