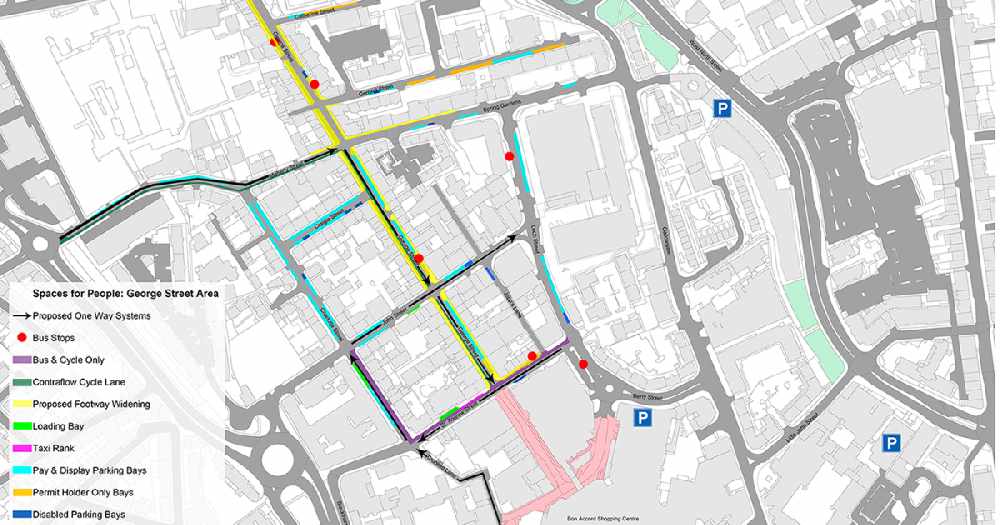 Work is due to get underway today to free up space in George Street and surrounding areas to allow people to social distance.

Roads and pavements will be temporarily changed as part of Aberdeen City Council's plans to allow people walking and queuing along the stretch to pass one another safely.

Plans for George Street have been drawn up following feedback from local councillors, businesses and stakeholders.

The local authority was awarded a £1.76mil grant from the Scottish Government’s Spaces for People fund in June to carry out the temporary works in locations across the city.

The measures, which aim to minimise the risk of coronavirus transmission and aid economic recovery, have already been introduced in Union Street and surrounding areas, as well as Torry and Rosemount

The full list of work for George Street includes:

Aberdeen City Council transport spokesperson Councillor Sandra Macdonald said: “It’s great the works in the George Street are starting as we’ve been working with the George Street Traders’ Association, the local community council, and local councillors on the plans.

“The measures we’re putting in may be modified again as we continue to speak with these groups and local residents, to gauge how the arrangements work when people continue to return to the area for shopping and leisure

“Many people already walk and cycle in the area, going to the local shops or on their way to the city centre. These interventions will enable pedestrians to physically distance and help prevent the spread of coronavirus, while at the same time support the local economy as lockdown eases.”

George Street Traders’ Association chairman Stuart Milne, who is general manager at Finnies the Jewellers, said: “Whilst all would clearly not welcome the temporary traffic interruption in George Street to facilitate necessary social distancing, I believe we have to consider it necessary to enable businesses to open up once more to get the local economy moving again.