Sturgeon: Independence is ‘essential’ as UK faces shift to right under new PM 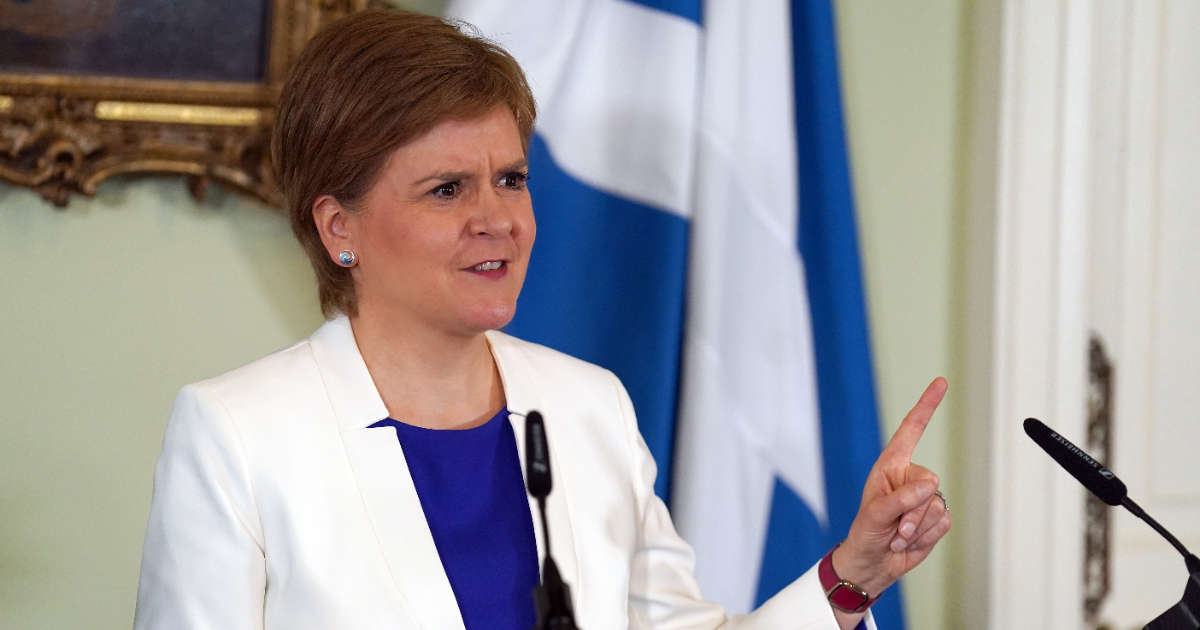 The UK is facing a “shift to the right” in politics whoever becomes the next Prime Minister, Nicola Sturgeon said, as she insisted independence was now “essential”.

With the Conservative Party currently in the process of electing a successor to Boris Johnson, the Scottish First Minister hit out at the “democratic deficit” facing voters north of the border.

The SNP leader hit out as she launched the second paper in a series from the Scottish Government aimed at making a fresh case for Scotland to leave the UK.

Speaking at her official residence, Bute House in Edinburgh, Ms Sturgeon insisted: “Offering Scotland the choice of independence, particularly in the context we are in today, is essential.”

As Tory MPs seek to narrow down the candidates vying to be the next party leader and UK prime minister, Ms Sturgeon said that whoever gets the job “the change of Tory leader seems virtually certain to be accompanied by a shift even further to the right”.

This would take Westminster “even further away from the mainstream of Scottish opinion and values”, she added, raising fears of possible cuts to public services and “more posturing over Brexit” in the future.

The First Minister said: “We may be just a few days into this Tory leadership contest but it is already crystal clear the issues Scotland is focused on: tackling child poverty; supporting NHS recovery; building a fairer economy and making a just transition to net zero; will be hindered, not helped, by whoever becomes prime minister in the weeks ahead.”

The Tories have not won an election in Scotland since 1955, but Ms Sturgeon said voters north of the border had “repeatedly” returned a majority of elected representatives who support independence.

However, she complained that this was “treated as immaterial” by Westminster, adding: “You don’t have to be a supporter of independence to know that that is not democracy.”

One of Mr Johnson’s last acts before resigning was to formally refuse the First Minister’s request for Holyrood to be granted the power to have a second independence referendum – a ballot Ms Sturgeon wants to be held on October 19 2023.

The UK Supreme Court is now considering if the Scottish Parliament can stage its own consultative ballot.

Whatever happens to that case, the First Minister insisted that Westminster “must not, and will not, be allowed” to block the “right” of Scots “to have our say on independence”.

If a referendum is denied, Ms Sturgeon has set out plans for the next Westminster election to be a “de-facto” ballot on the issue.

She insisted: “While we hope and plan for a referendum, this should also be clear: if a referendum is blocked by Westminster, we will put the choice to the people of Scotland in the general election.

“Either way Scotland will have a choice.”