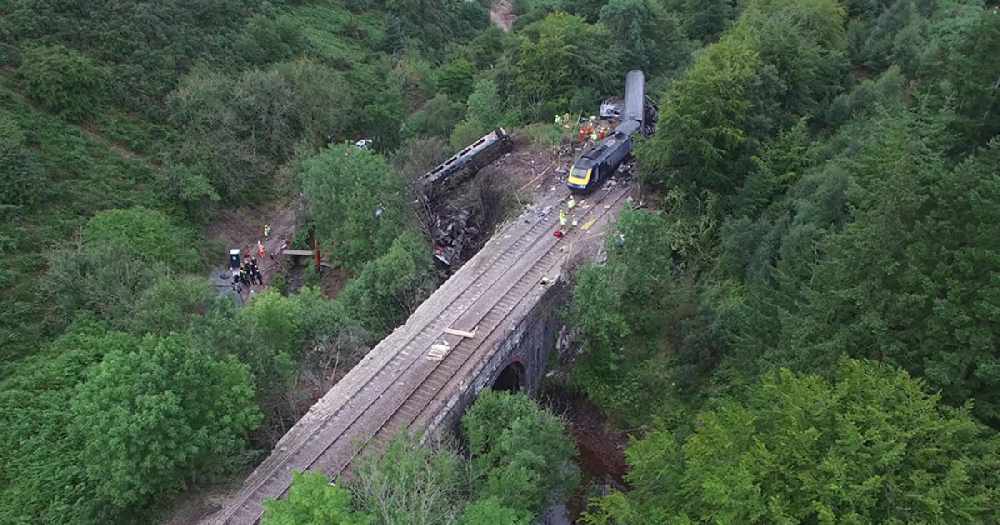 Investigators have revealed more details of what happened when a train crashed near Stonehaven on Wednesday.

A statement from the Rail Accident Investigation Branch was released today, telling of its initial findings.

It said: "At around 09:40 hrs on Wednesday 12 August 2020, all six vehicles of a passenger train derailed after striking a landslip around 1.4 miles (2.25 km) north-east of Carmont, Aberdeenshire.

"There were nine people on the train at the time of the accident; three train crew (the driver, conductor and a second conductor travelling as a passenger on this train) and six passengers.

"Tragically, the driver of the train, the train’s conductor and one passenger suffered fatal injuries in the accident. The remaining passengers and member of train crew were taken to hospital.

"The site of the accident was approximately four miles (6.4 km) south-west of Stonehaven and 20 miles (32 km) north of Montrose, on the double track main line which runs between Dundee and Aberdeen.

"The train, which was operated by Abellio (trading as ScotRail), was a High Speed Train set with a leading power car, four Mark 3 passenger coaches and a rear power car.

"It had originally been operating as train reporting number 1T08, the 06:38 hrs service from Aberdeen to Glasgow Queen Street. Train 1T08 had departed on time from Aberdeen and then from Stonehaven, its next scheduled stop.

"After departing Stonehaven, the train continued past Carmont on the up (southbound) line until it was stopped by the signaller at Carmont, using a radio message.

"This was because the signaller had just received a report from the driver of a train on the down (northbound) line that a landslip was obstructing the up line between Carmont and Laurencekirk." 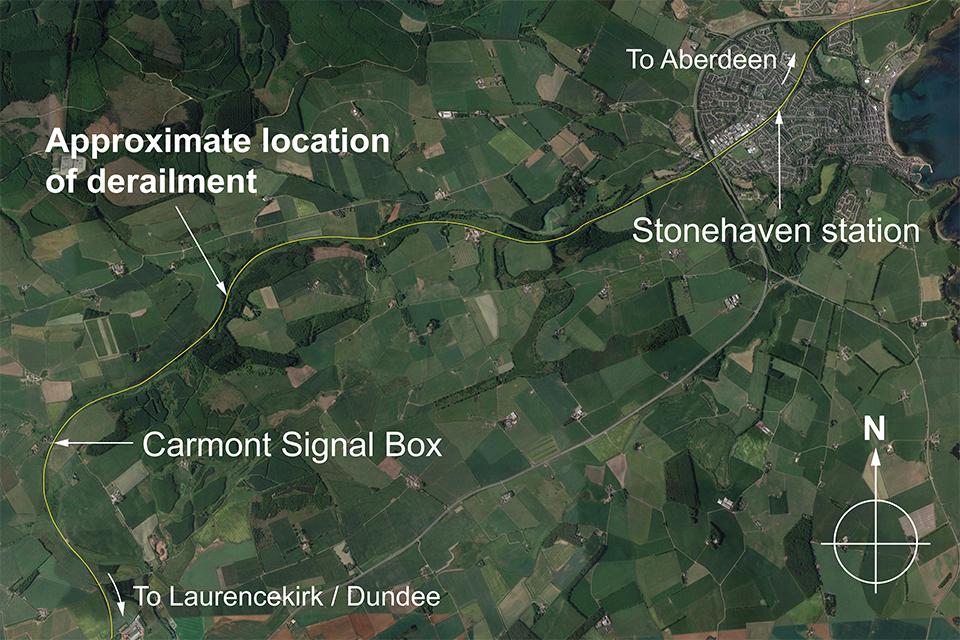 The statement continued: "When it became apparent that train 1T08 could not continue its journey south, the decision was taken to return it to Aberdeen, and it was routed back over a crossover at Carmont onto the down line.

"After travelling for approximately 1.4 miles (2.25 km), the train struck a landslip covering the down line and derailed. As the track curved to the right, the train continued in a roughly straight line for around 100 yards (90 metres) until it struck a section of bridge parapet, which was destroyed.

"The leading power car continued over the bridge and then fell from the railway down a wooded embankment, as did the third passenger carriage.

The RAIB says it is currently collecting evidence to identify factors relevant to the cause of the accident.

The scope of the investigation is likely to include:

The statement added: "We will publish our findings, including any recommendations to improve safety, at the conclusion of our investigation. This report will be available on our website."