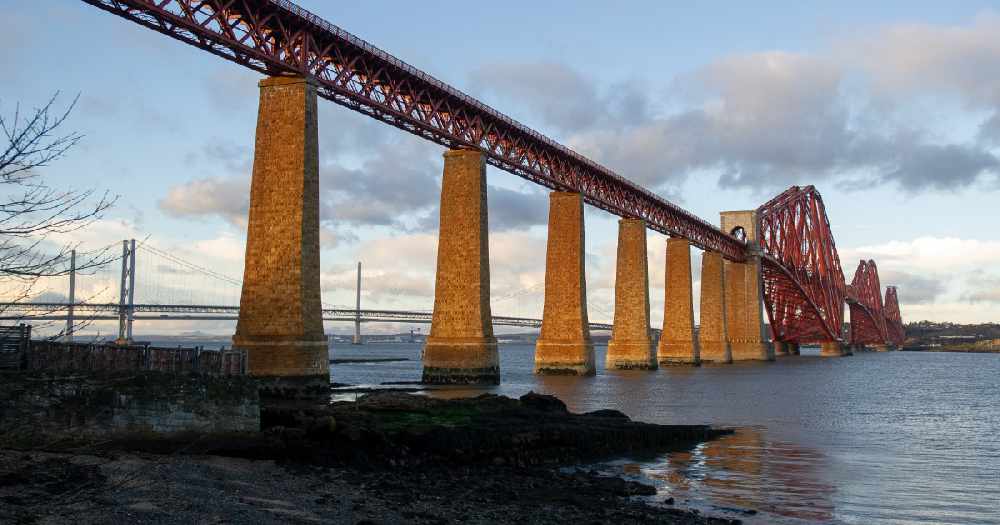 An ambitious plan to build a rail tunnel underneath the Forth has been unveiled by the Scottish Greens.

The party wants a £22 billion "rail revolution" to be at the heart of Scotland's green recovery from Covid-19.

As part of that, it claims a tunnel between Leith and Kirkcaldy - at a cost of £4-6 billion - would help boost journey times to and from the north-east.

As part of its Rail for All proposal, unveiled ahead of this year's Scottish Parliament election, the party is also proposing that one publicly owned rail operator is formed, by reintegrating ScotRail and Network Rail (Scotland).

Plans also include a new underground station in Leith as part of the Forth tunnel scheme, the introduction of tramtrains for cross-city transit - such as in Aberdeen between Ellon and Banchory - and connecting every town with a population over 5,000 to the trail network where possible.

John Finnie MSP said: "The Scottish Greens are proposing the biggest rail investment programme Scotland has ever seen. Our fully-costed £22 billion plan would transform Scotland’s railway, building a modern, zero-carbon network that is affordable and accessible to all.

"Rail for All is about making rail the natural choice for every journey. Whether you’re commuting, travelling for business or leisure.

"The investment would also be a central component of Scotland’s green recovery from the Covid-19 crisis, creating thousands of quality, unionised jobs whilst delivering the infrastructure so necessary to tackle the climate emergency.

"Scotland’s rail network has suffered from long term systemic under investment, with governments of all stripes favouring roads. While some improvements have been made in recent years the network north of the central belt has been largely neglected.

"As someone who, prior to the pandemic restrictions, regularly travelled by rail between the north and the central belt I know all too well just how infuriating the current setup can be.

"The fact that many journeys take longer in 2021 than they did in Victorian times shows just how constrained Scotland’s railway has become. But we must not accept this decline. We can enjoy, and we must demand, the environmental, economic and quality of life benefits of a comprehensively modernised rail network.

"The public and political support for an investment led green recovery from the current crisis is the ideal opportunity to deliver this overdue modernisation. Investing in a modern Scottish railway must be a key pillar of the green economic recovery. We know that it will create jobs and provide a legacy for communities across the country.

"The key principle of the Rail for All programme is to make the rail network accessible to everyone. Our aim is, as far as realistically possible, for every town with a population of over 5,000 to be connected to the network. That would see a host of new stations developed across the country, with existing lines upgraded, and previously closed lines given a new lease of life.

"The current setup focuses connections with the capital through Haymarket, creating a major bottleneck that affects the whole network. Our proposed Forth tunnel would ramp up capacity on the east coast and provide a fast and direct connection between Edinburgh and Fife, on to Perth, Inverness, Dundee and Aberdeen, reducing journey times and massively increasing capacity on the network, including to the west."

The party says the Rail for All programme is based on an expert report commissioned from Deltix Transport Consulting by Mr Finnie.

David Spaven, the principal of Deltix Transport Consulting, said: "Based on our long experience in the industry – and taking account of international best practice – we put together a programme focused not just on rail’s crucial contribution to decarbonisation, but also on the wide range of other environmental, social and economic benefits it offers.

"The great thing about Rail for All is that it serves the whole of Scotland and is both achievable and a game-changer – and can deliver many of the benefits in the first decade.

"At a stroke the Forth Tunnel can transform the geography of Scotland, just as the Forth Bridge did 130 years ago and the Forth Road Bridge nearly 60 years ago. It would substantially cut the distance between Edinburgh and east Fife, Dundee, Aberdeen Perth and Inverness, whilst also putting Leith at the heart of the Scottish rail network.

"The Forth Tunnel would give this generation of Scottish engineers the opportunity to continue the strong traditions of their illustrious predecessors – creating transformational infrastructure for the nation."

A Scottish Government spokesperson said: "Since 2007, the Scottish Government has invested over £9 billion in our railways delivering 16 new stations, new routes including the Airdrie-Bathgate and Borders lines, and electrified the majority of the network in the central belt of Scotland.

"Scottish ministers are committed to ensuring the railway meets future growth needs for passengers and freight and are willing to consider proposals for new stations, or reopening existing ones, that arise from a positive transport appraisal.

"Some of the suggested interventions are already being considered by the Scottish Government. Aspirational projects, such as the Firth of Forth tunnel proposal by the Green Party, would be subject to the same scrutiny from the earliest stages to ensure they merited any serious consideration.

"We have stated for some time now that the franchising model is no longer fit for purpose and an integrated, public sector controlled railway, fully accountable to Scottish ministers and parliament will best serve Scotland’s economy and its communities.

"Repeated calls on UK ministers to give Scotland the powers needed to secure the best future for Scotland’s railway network, and to remove the absurdities and anomalies of the current system, have been denied.

"The ongoing Strategic Transport Projects Review (STPR2) will help to deliver the vision, priorities and outcomes for transport set out in the National Transport Strategy published in February 2020. STPR2 will inform transport investment in Scotland for the next 20 years."