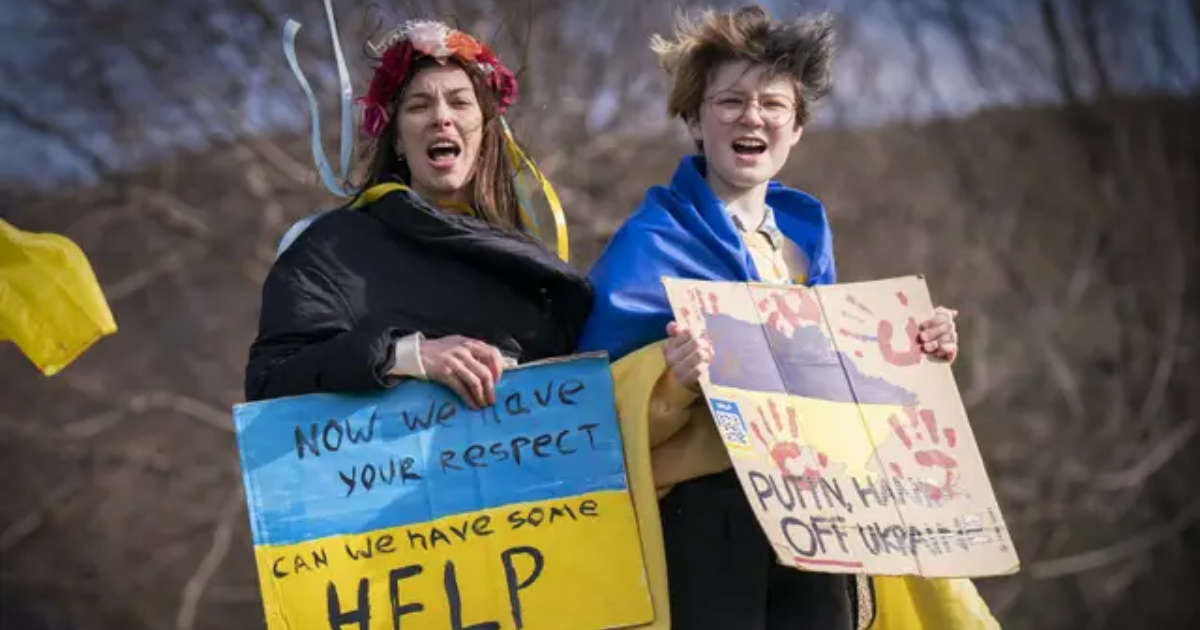 Nicola Sturgeon has told Ukrainians seeking refuge from the war that “Scotland wants to welcome you”, as she announced the Scottish Government’s super sponsor scheme is open.

The scheme will provide people fleeing the conflict in their homeland with temporary accommodation while a more permanent place is found for them.

The First Minister has previously said Scotland could welcome 3,000 refugees from Ukraine as “an immediate step”, before taking in “at least a proportionate share” of those coming to the UK.

On Friday, Ms Sturgeon tweeted a picture of the Saltire flag and said Scotland “wants to welcome you”, adding: “We hope to offer you a quick & easy route here.”

She detailed how the scheme will work in a thread on Twitter, and said people wanting to come to Scotland should select “Scottish Government” on the UK visa application site.

Ms Sturgeon wrote: “Choosing this option means that you do not have to arrange an individual sponsor before coming to Scotland. We will help you do that once you are here.

“When you first arrive in Scotland, we will provide temporary accommodation for you/your family while we put in place all the longer term support you need, including a place to stay. We want Scotland to be a safe, secure home for as long as you need.”

She urged organisations and charities working with Ukrainians needing refuge to help spread the word about the Scottish route.

Ms Sturgeon said multi-agency teams are working to ensure accommodation, safeguarding and support “as well as the warmest of welcomes” is provided.

The First Minister asked anyone who lives in Scotland and can offer accommodation to register their interest through the UK site https://homesforukraine.campaign.gov.uk.

Details will be shared with the Scottish Government so appropriate matches can be arranged while immediate support is provided to those arriving.

She concluded: “Finally, my thanks to the teams in both Scottish and UK governments who have worked so hard in past few days to get this up and running so quickly.

“Our hearts were already open – now our doors are too #StandWithUkraine.”

The Scottish Government’s super sponsor route removes the need for applicants to be matched to a named individual before they are cleared to travel to the UK through the visa system.

The programme is available as an option to Ukrainians when applying for a visa under the Ukraine Sponsorship Scheme, by opting for the organisational sponsor route and selecting “The Scottish Government” from the drop-down box in response to the question “Which organisation is sponsoring you?”.

It is also possible for Ukrainians to come to Scotland using two other routes: the family visa and the individual sponsor route.