Probe as bird of prey poisoned on Aberdeenshire estate 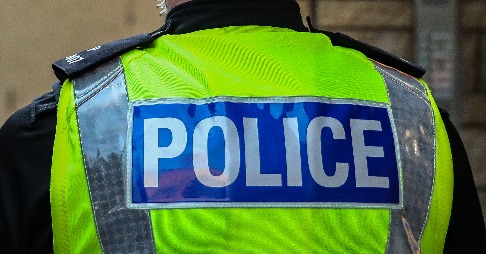 Police say they are investigating the poisoning of a bird of prey in Aberdeenshre.

The golden eagle was found dead on a hillside on the Invercauld Estate near Crathie on March 19.

Forensic examination has confirmed the bird had been intentionally poisoned.

Officers searched a number of properties on the estate yesterday - but no arrests were made and inquiries are continuing.

Detective Constable Daniel Crilley, of the wildlife crime unit, said: "Poisoning a bird or animal is not only cruel and callous but it can also harm other wildlife. Illegal persecution of raptors will not be tolerated.

"It is one of the six priorities set by the UK National Wildlife Crime Unit and raptor persecution is the current focus of Police Scotland’s year-long campaign, Operation Wingspan.

"We are determined to protect these magnificent birds and here in the North East, we work closely with a number of partners, such as the RSPB and NatureScot, to tackle wildlife crime, which can be particularly challenging to investigate."

Detective Chief Superintendent Gary Cunningham, wildlife crime lead for Police Scotland, said: "Scotland’s rich, rare and diverse wildlife and landscapes are among its biggest attractions. We cannot allow the indiscriminate use of poisons and pesticides to threaten our natural heritage.

"Police Scotland, working with our key partners, is committed to protecting our wildlife habitats and to bringing those who seek to destroy or harm it, to justice."

Ian Thomson, RSPB Scotland’s head of investigations, said: "Raptor persecution crimes on grouse moors in this area happen regularly. In 2019, a young eagle was photographed caught in a trap less than two miles from here, and in 2016, a line of illegal traps targeting birds of prey was found set across the hill less than three miles away.

"The perpetrators of these crimes don’t just threaten wildlife, but put at risk the reputation of the area and the jobs dependent on the associated tourist industry."

Anyone with information regarding this matter is asked to call Police Scotland via 101, quoting incident number 2757 of March 19 2021.