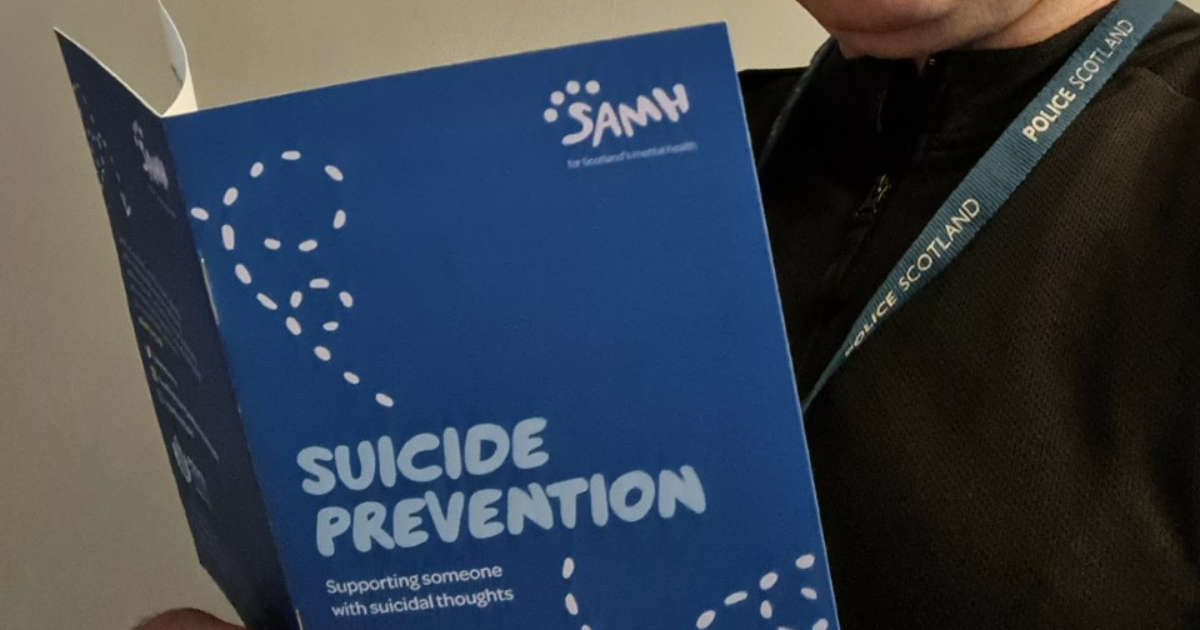 The Scottish Association for Mental Health (SAMH), NHS Grampian Public Health and Police Scotland are urging anyone having suicidal thoughts to reach out for help, and for those worried about someone to act. They've made the plea as concerns grow about the impact of the last two years on people’s mental health.

They'll also be working together to share information and resources to better support the local community. This includes the launch of a new guide, designed to help anyone worried someone in their life is suicidal - from how to ask the question to how to get them the right support.

“We’re working together as we believe this, alongside increased community engagement and training will help encourage people to be more open about suicide, building suicide safer communities throughout the region.

“With the new guide added to the Prevent Suicide App, we’re building up a comprehensive source of useful tips and hints and ways to start a conversation about suicide, alongside information on some of the fantastic local services available to support those with thoughts of suicide.”

The organisations say that while there is a long-standing myth asking someone if they are suicidal can increase the risk of them trying to take their life, this is not true.

Paul Southworth, public health consultant at NHS Grampian, added: “There is no harm at all in asking if someone is feeling suicidal, it does not put that thought into their head - studies have shown people are less likely to make an attempt on their life if they can talk about their thoughts and feelings.

“As we have found from engaging with those in our communities, suicide can affect anyone from any walk of life. That means suicide prevention is everyone’s business and the more it is highlighted and talked about the more effective it will be.”

As part of the focus on suicide prevention, police officers in the north-east have received additional training on factors that may point to a person being at a higher risk of attempting suicide. This will allow them to spot someone at risk and then help them get the right local support.

Chief inspector Darren Bruce, from Police Scotland’s North East Division, said: “It’s really encouraging that there is a great deal of messaging out there for people experiencing difficulties and mental health issues.

“However, what is equally important is that there are mechanisms in place to support those around someone who they feel may be struggling so they know what help to offer and signpost anyone in distress towards.”