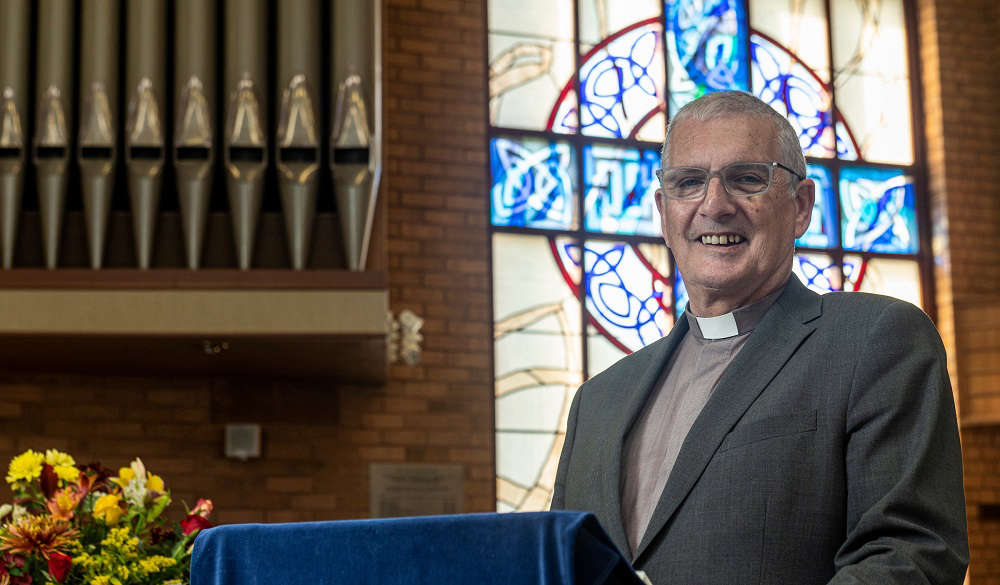 Reverend Iain Greenshields, who thinks addiction should be treated as a public health issue, says he is “honoured” to have been nominated to take up the 12-month ambassador role in May next year.

The 67-year-old minister of St Margaret’s Community Church in Dunfermline thinks locking up people who are often “self-medicating” to cope with psychological challenges doesn't work.

He believes they should be treated in high-quality residential rehabilitation centres instead.

Expressing his own opinions, the Moderator Designate believes that the approach would be of personal benefit to the individuals concerned and advantages society as a whole.

He said his views are based on his experiences over many years supporting people through church outreach projects and his role as a prison chaplain, as well as work in psychiatric chaplaincy.

Reverend Greenshields became a Christian at the age of 22 and was ordained in 1984.

He said: "I am honoured and humbled to have been chosen as Moderator Designate and I aim to represent the Church and God in a way that is positive, instructive and hopeful.

"There are a great many challenges facing our society today including climate change, poverty, mental health, social isolation, addiction and the Church is active in supporting those in genuine need.

"Ultimately the greatest need in our society is the spiritual vacuum that exists in the lives of so many."

Reverend Greenshields welcomed a recent announcement from Scotland’s Lord Advocate, Dorothy Bain QC, that the police will be advised to issue recorded warnings for possession of Class A drugs instead of referring offenders to prosecutors.

He added: "Whilst I have the upmost sympathy for victims of crime who may have been targeted in order for people to get their hands-on drugs, this is a positive development.

"I really believe that prison is not the answer for the vast majority of people who are behind bars because of illegal drug issues and we have to find another way to recover their lives.

"When you look into the background of those who take drugs, you realise it is largely about self-medicating to treat some kind of trauma.

"They are in a desperate situation and what is needed is not criminalising them and sending them to prison but ensuring that they get the best rehabilitation support possible.

"This can only be for the betterment of society.

"It will require extensive investment in services but I firmly believe that if you can send someone to prison for a year, why can’t you send them to rehab for the same length of time as an alternative?"

He says St Margaret’s Community Church hosts addiction support groups in the building for free and employs a dedicated outreach worker, a role currently held by his son, Alistair.

Reverend Greenshields further added: "My view on decriminalisation is a personal one and it is not the official position of the Church."

"I realise that some people will throw their hands up in horror but I am not saying I support drugs, I am just being realistic and pragmatic about the situation."

The General Assembly is usually held once a year in Edinburgh and is chaired by the Moderator.

Commissioners examine the work and laws of the Church and make decisions that affect its future.

The Rt Hon Lord Wallace of Tankerness QC, Scotland's former Deputy First Minister, is the Moderator at the moment and has congratulated Reverend Greenshields on Twitter:

I am delighted to send my congratulations and warmest good wishes to Iain Greenshields on his nomination as Moderator Designate. Every blessing as he prepares for General Assembly 2022. https://t.co/PJkvniJGjb