Now Playing on Original 106:
Donna Summer - This Time I Know It's for Real
Listen Live

​Fewer than 25 people a year are facing criminal action for fare evasion in Scotland.

The operator had encouraged people to buy before they board, warning it was clamping down on fare dodgers.

The firm was criticised for its “aggressive” approach by some customers after posting an image of a train ticket wearing a robber’s mask, and for failing to provide adequate facilities at some stations for buying tickets.

❓ Does your station have a ticket machine or a ticket office? Buy Before You Board. Travelling without buying a ticket is fare evasion. We’re clamping down. pic.twitter.com/kAt9ieDCEh

At the time, ScotRail could not confirm how many people had actually faced prosecution for avoiding paying a fare.

In 2016, the operator said it believed 900,000 journeys were being made each year by people who deliberately avoid paying their fare, as it launched its Buy Before You Board campaign.

Seven of the cases recorded in the last five years were at Dundee and six in Perth. 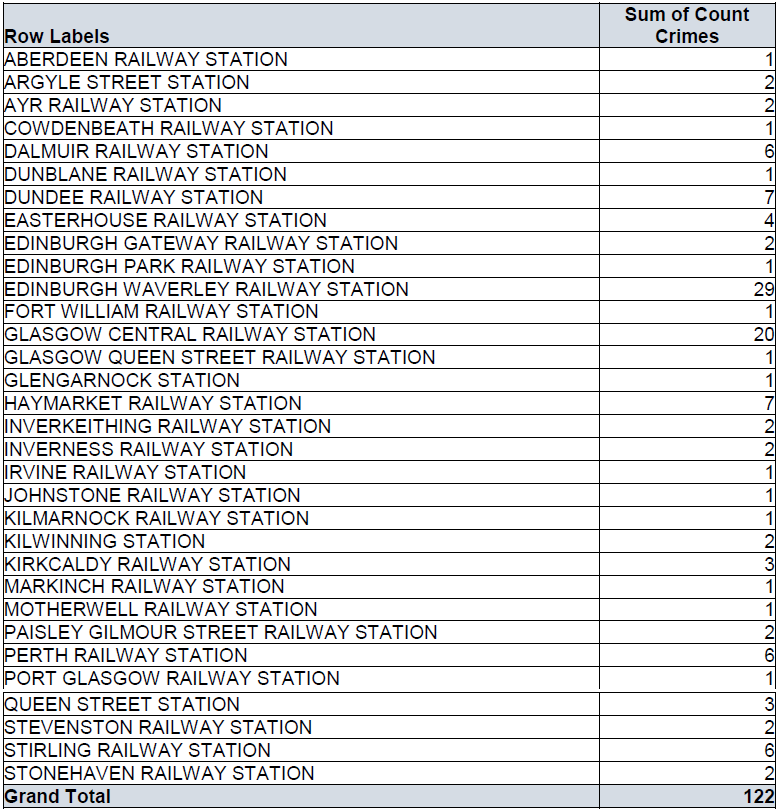 She says it is not always easy to buy a ticket before you board a train:

ScotRail says it has invested in manual ticket gates at several stations to tackle ticketless travel.

The operator also points out there are nearly 300 self-service ticket machines across the country, and 143 staffed ticket offices.

A spokesperson said: “Reducing ticketless travel and revenue protection have always been priorities for ScotRail.

“Since the start of the franchise, we have implemented a number of measures to make it easier for customers to buy before boarding, including ScotRail smartcards, and new and upgraded self-service ticket machines across the network.”